Himalensine A (1) is a member of the daphniphyllum alkaloids isolated in 2016 from Daphniphyllum himalense, a plant which is originated from the southern Himalaya region, and published in Organic Letters. In 2019 the research group of Jing Xu (徐晶) from SUSTech Shenzhen (China) published the second total synthesis of this complex alkaloid in the journal Angewandte Chemie. From a retrosynthetic point of view, they decided to introduce the cyclopentenone moiety in a late-stage transformation as shown in Figure 1. Precursor 2 should be synthesized by a challenging Heck coupling. Finally, tricyclic fragment 3 should be available by nitrile hydration from unsaturated ketone 4. 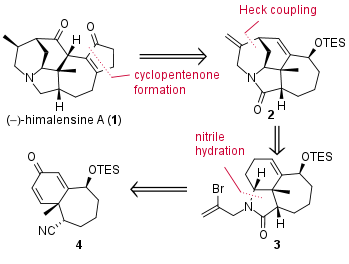 Figure 1: Retrosynthetic analysis for the total synthesis of himalensine A (1) by the Xu group.

The Xu group decided to start with literature-known compound 5 which can be synthesized in 70% ee from commercially available substrates (Scheme 1). After enolization to the methyl enol ether in 82% yield, van Leusen reaction yielded in nitrile 6 in 61% yield which can be described as a formal C1 homologation. Oxidation with oxone led to the primary alcohol which could be recrystallized to achieve 92% ee (not shown). Subsequent protection and enolization of the ketone was followed by Saegusa-Ito oxidation to afford substrate 4. Nitrile hydration to the primary amide was followed by Michael addition in one pot to achieve lactam 7. The authors noted that only copper-catalyzed reduction led to the desired product. Finally, Wolff Kishner reduction using Kabalkas protocol was followed by alkylation to get the precursor 3 for the subsequent Heck reaction.  The following Heck reaction to polycyclic substrate 2 was successful after an intensive adjustment of the conditions in 55% yield. 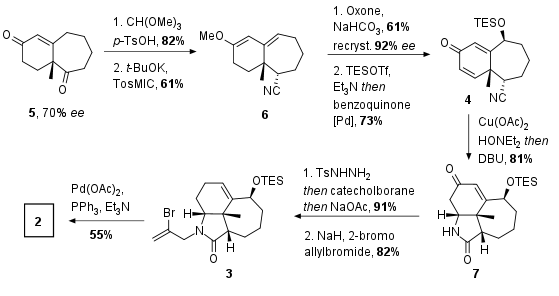 Scheme 1: Synthesis and Heck reaction of 3 for the synthesis of substrate 2.

With key fragment 2 in hand, the Xu group successfully finished the total synthesis of 1 in 6 linear steps (see Scheme 2). Therefore terminal alkene 2 was reduced (82%, dr >20:1) and cleavage of TES ether and one-pot oxidation led to the ketone, which was enolized and trapped as triflate enol ether 8. Now carbonylative Stille coupling yielded in unsaturated ketone 9 in 86% yield as the precursor for the following Lewis acid-mediated Nazarov cyclization with SnCl4. Epoxide formation and direct Meinwald rearrangement yielded in ketone 10. Finally, himalensine A (1) was synthesized by amide reduction using a hydrosilylation protocol.

Scheme 2: Completion of total synthesis of himalensine A (1).

In total, the Xu group could successfully synthesize this complex alkaloid in 14 steps from literature known compounds. In their straightforward total synthesis, the key steps were a complex Heck coupling and the late-stage cyclopentenone formation. The authors also underline their achievements in one-pot reactions to minimize the step count.