One of the most interesting biosynthetic transformation is the cyclization of terpenoids to steroids. In this process a acyclic chain transforms into a polycyclic steroid accompanied by the concrete formation of  several stereocenters. This inspired many chemists to mimic these unique transformation.

Recently Prof. Magauer et al. from the University Innsbruck (Austria) published a total synthesis of pimara-15-en-3α-8α-diol (1) featuring such a cyclization driven by an aryl group containing substrate. The authors thereby highlighting an endo-termination pathway in contrast to already literature known exo-termination cyclizations of aryl group containing substrates. The precursor for the cyclization was synthesized in 6 steps starting from bromide 2 which was coupled with 3 followed by bromination to 4. The reaction with methoxypehnol delivered 5. Asymmetric dihydroxylation followed by epoxide formation led to 6. Note that this stereocenter will set 5 of the 6 stereocenters of the final natural product. Lithium-Iodide exchange of substrate 7 followed by transmetallation to a boronate enabled the Suzuki coupling with fragment 6 to synthesize the final cyclization precursor 8. 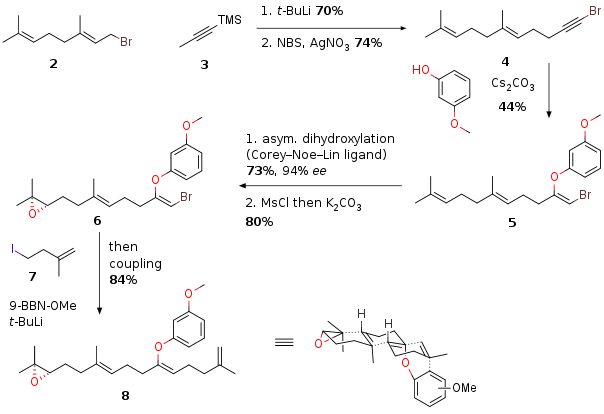 Several conditions for the Lewis acid catalyzed cyclization were screened. With SnCl4 or FeCl3 the envisioned cyclization took place, albeit with low yield. The total yield of cyclized products was around 50% but only 26% for the desired two regioisomers (due to the methoxy group on the aromatic ring, which is removed later). Demethylation of substrate 10 led to phenol 11 followed by protection of the secondary alcohol to the acetate 12. The oxidative cleavage again only delivered moderate yields and 13 was isolated. This substrate was reduced to a tetraol which was transformed to the thiocarbonate 14. Final olefiniation (Corey Winter olefination) with P(OMe)3 delivered the desired natural product 1 in 13 steps in total. 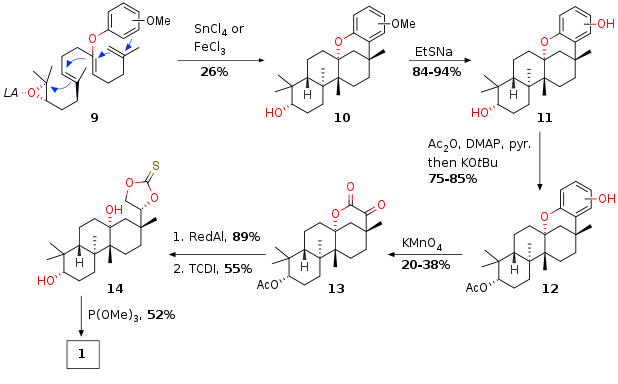 Scheme 2: Completion of total synthesis of 1.