From a retrosynthetic point of view, the Fuwa group decided to use a Stille reaction for the coupling of the two major fragments 2 and 3. This should enable a flexible approach, in which the stereoconfiguration of western and the eastern part could be set independently. The western fragment 2 should be available from 4 and 5 by metathesis and cyclization. Eastern fragment 3 should be synthesized from 6 using similar cyclization conditions. 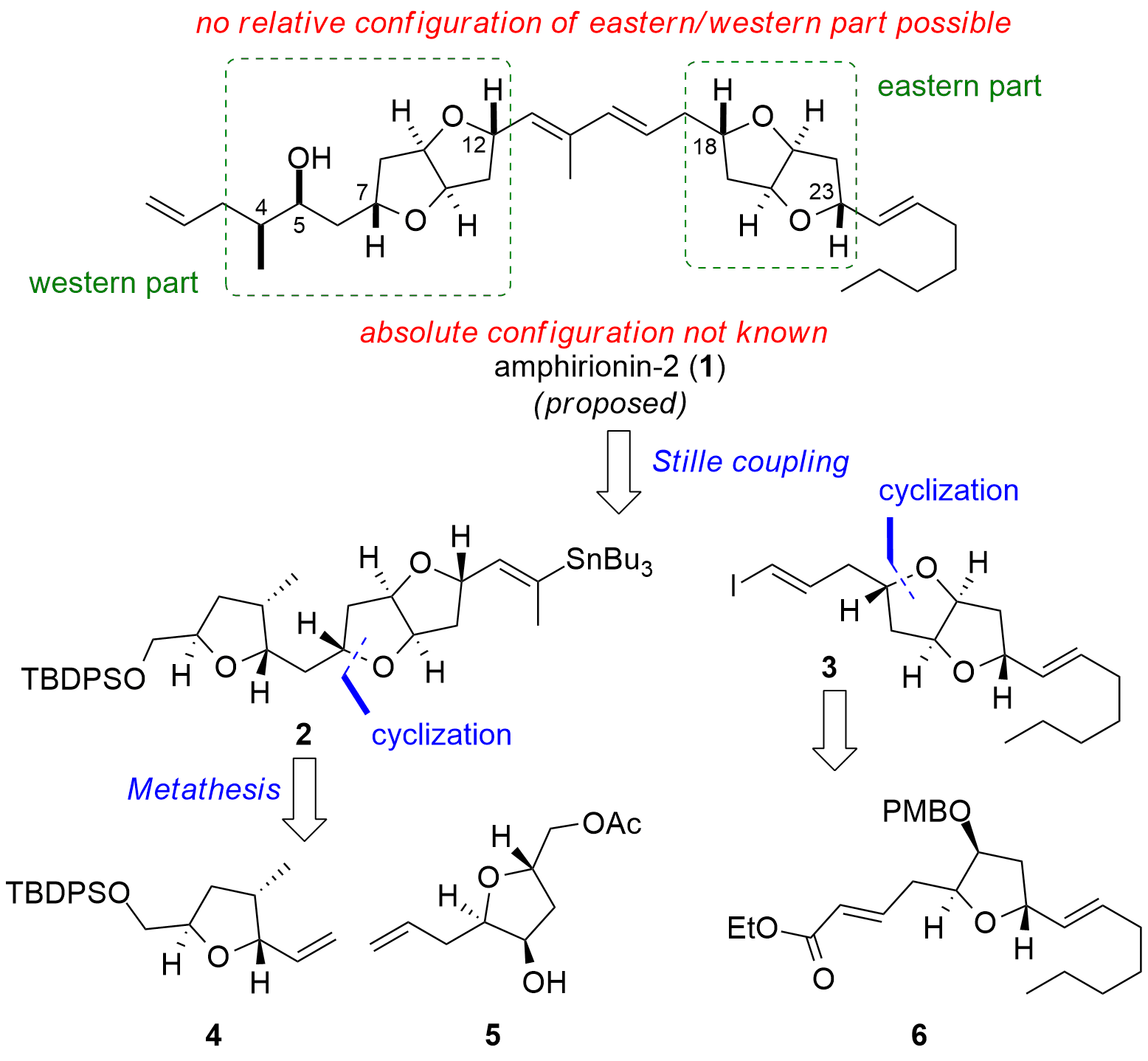 Figure 1. Retrosynthetic analysis for the total synthesis of amphirionin-2 (1) by the Fuwa group.

Synthesis of fragment 2 and 3

For the synthesis of western fragment 2 the Fuwa group started with literature known compound 7 (see Scheme 1). In own of their key step, they were using a Mukaiyama type cyclization. The cobalt catalyst is activating the terminal alkene and the free alcohol can attack to form the furan ring. Then the cobalt catalyst is removed by oxidative cleavage to the terminal alcohol. This led to trans furans in high yields and diastereoselectivity. With furan 8 in hand, the primary alcohol was transformed into the ester and PMB was cleaved under reductive conditions. 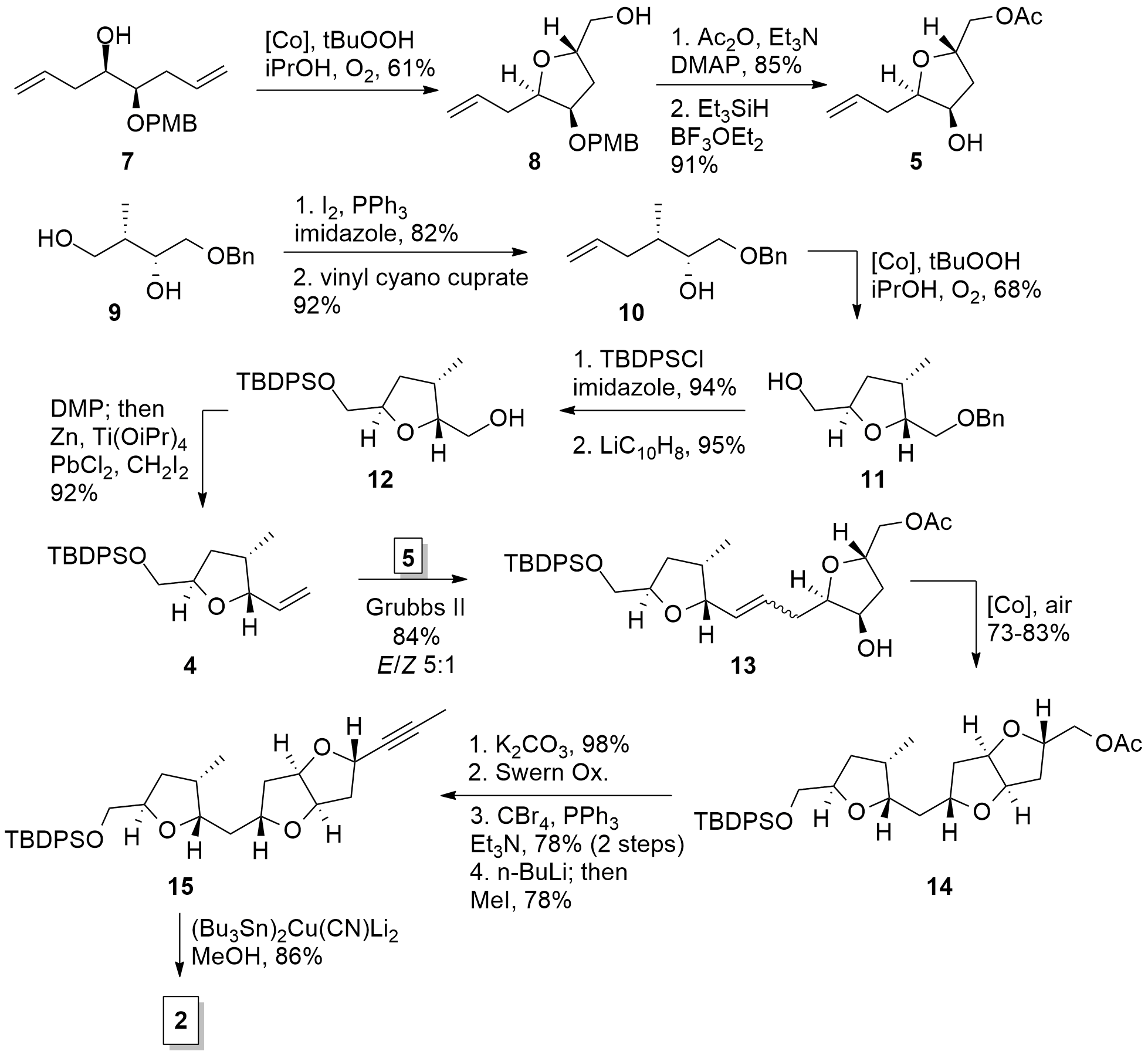 For the second fragment 4, triol 9 was transformed into alkene 10 by Appel reaction and subsequent vinyl coupling. Then again, cyclization gave trans furan 11 in acceptable yield. TBDPS protection and deprotection of the benzyl group gave 12 which could successfully be transferred into 4 by oxidation and methenylation. Both fragments 4 and 5 could be coupled by metathesis using Grubbs-II catalyst yielding in 14. A third oxidative cyclization set the difuran moiety available from either the (E)-14 or the (Z)-14. The terminal acetate was the cleaved and the free alcohol oxidized. Subsequent Corey-Fuchs reaction gave the desired alkyne 16, as a precursor for fragment 2 after stannylation. 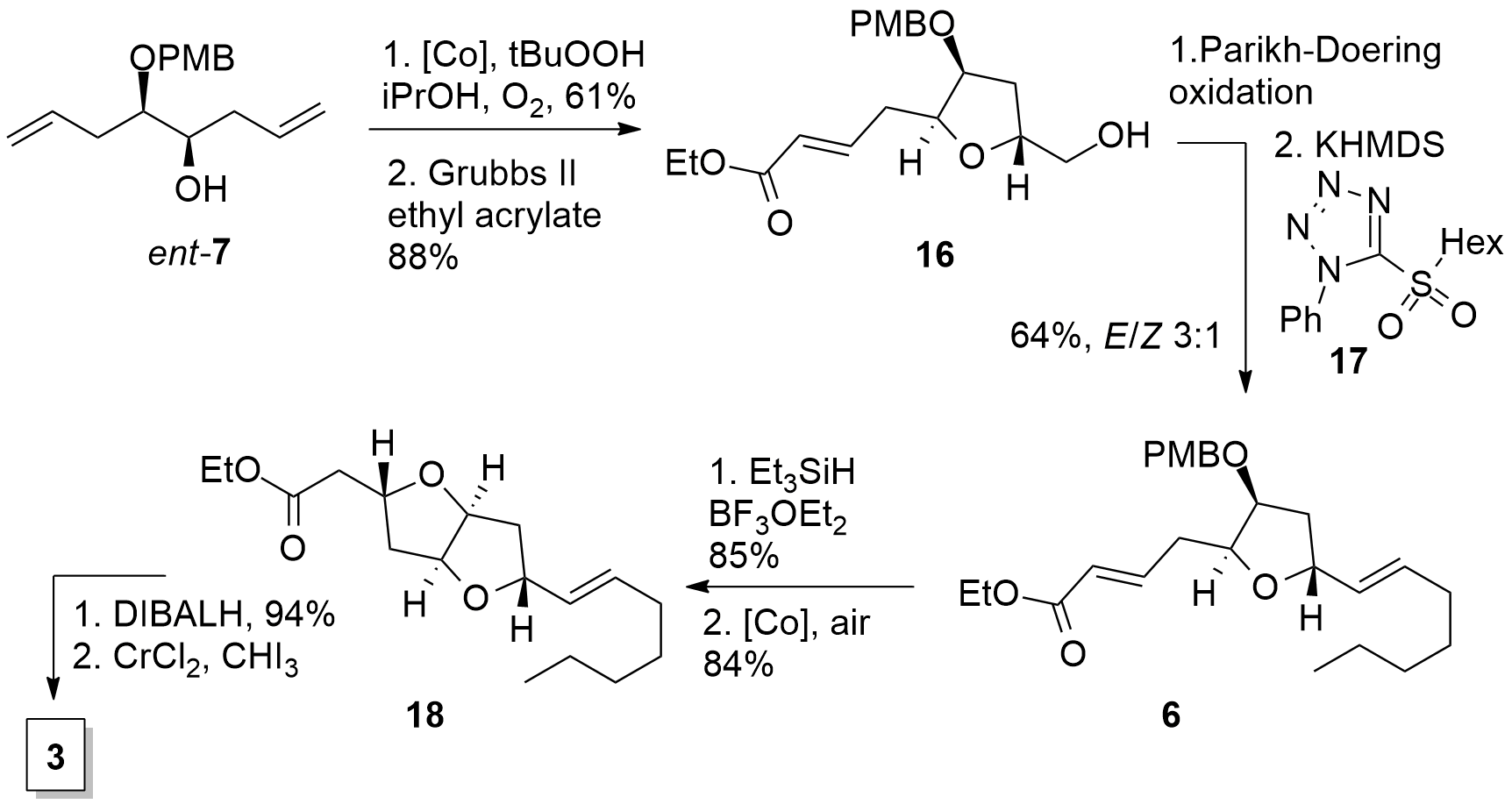 The synthesis of the eastern fragment 3 (Scheme 2) started with the enantiomer of 7. Using the same conditions as before, cyclization gave the desired furan which was transformed into the unsaturated ester 16 by metathesis. Parikh-Doering oxidation to the aldehyde was followed by Julia-Lythgoe type olefination yielding in 6, however, with low E/Z selectivity. The PMB deprotection was followed by the established method for generation of the difuran moiety, which gave 18 in good yield as a single isomer. Finally, reduction and Takai iodo olefination yielded in desired eastern fragment 3.

Completion of the total synthesis and structural revision

With both fragments in hand, the Fuwa group coupled both main fragments 3 and 4 using a Stille protocol to get fragment 19 as shown in Scheme 3. The primary alcohol was then deprotected and transformed into the terminal alkene by Appel reaction and reductive deiodination which was accompanied by furane opening to get isomer 1a. Unfortunately, spectral data of isomer 1a was not identical with the natural product. Because this was anticipated the enantiomer of 3 was also prepared and coupled with 2. However, 1b also showed different spectral data. 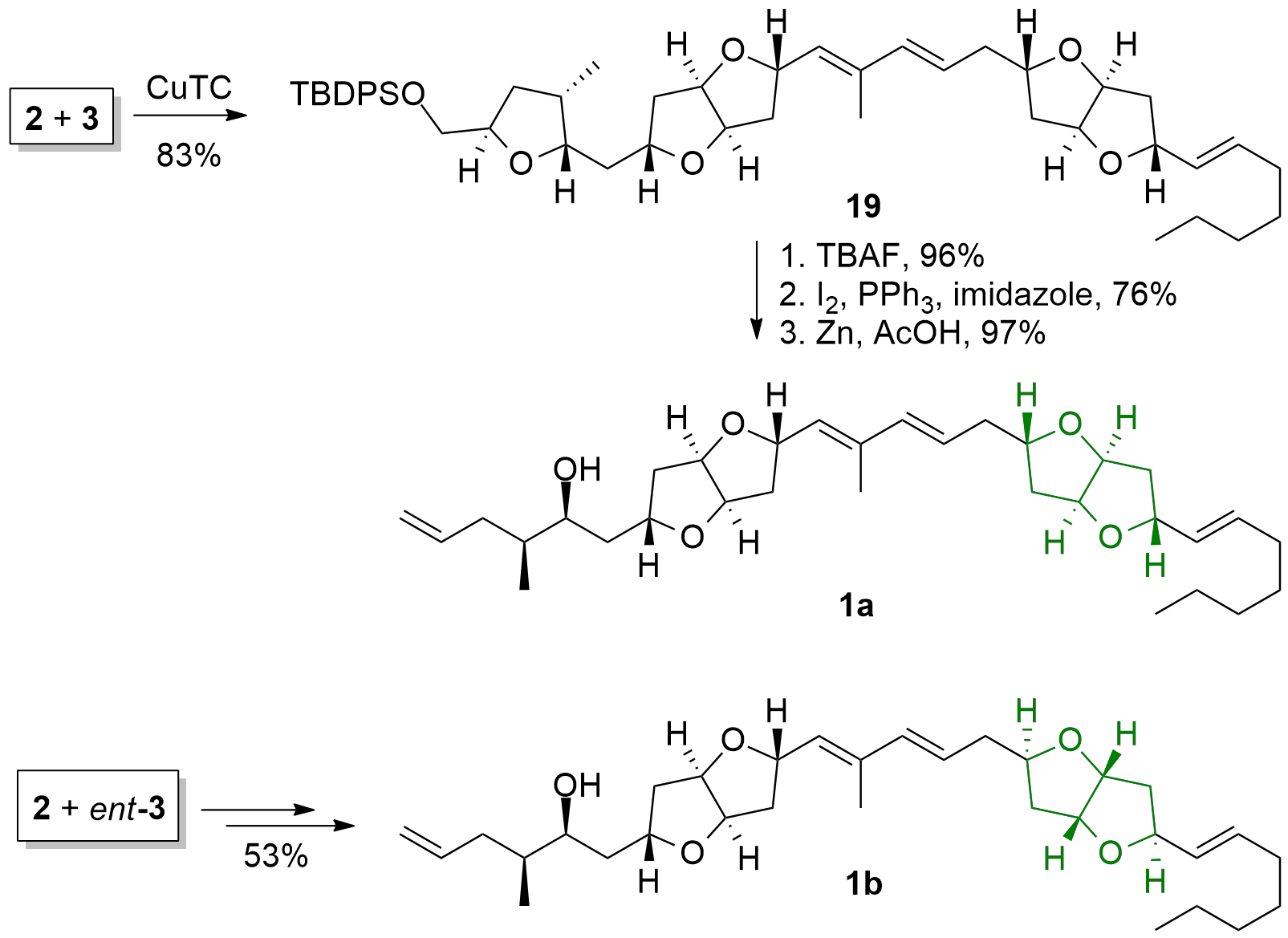 Scheme 3. Coupling of the two main fragments 2 and 3 and synthesis of the isomers 1a and 1b.

During this synthetic project, the Fuwa group not only was able to synthesize the linear polyketide amphirionin-2 (1), but the group was also able to report the correct relative and absolute configuration of the natural product. Their flexible approach led to the synthesis of four different stereoisomers (one not shown). Amphirionin-2 (1) was synthesized in 17 steps (longest linear sequence) from literature-known compounds.